MONTSERRAT'S PUBLIC WEATHER FORECAST FOR TODAY AND TOMORROW THURSDAY DECEMBER 15TH, 2016 VALID UP TO 8AM

GENERAL SITUATION: A relatively strong trade wind flow will continue to generate rough seas as well as transport pockets of low level moisture across the islands at times during the next 24 hours.

WEATHER: Partly cloudy skies today and tonight, with periods of increased cloudiness and a good chance of some brief passing showers developing. 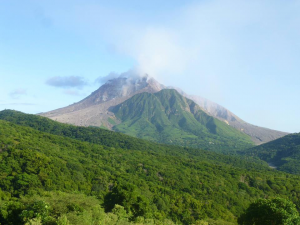 The seismic network recorded one rockfall and two volcano-tectonic earthquakes this week.

No measurements of the SO2 flux have been possible since 7 November 2016. 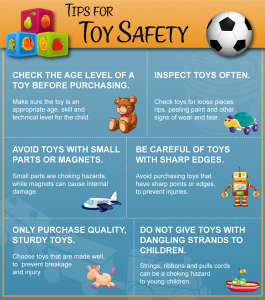 1. Always follow the recommended ages on toy labels, as well as evaluate your child’s developmental stage, to ensure it is appropriate.

2. Toys can pose a hazard to children given their size – if it is small enough to fit in a child’s mouth, the child can choke on it. Test the choking hazard potential of toys by checking to see if toys, and their pieces, fit through a cardboard toilet paper roll.

3. Toys containing powerful, rare earth (neodymium) magnets can cause serious injury and death when ingested. Make sure to avoid giving children toys such as Buckyballs and Zen Magnets that contain these dangerous high-powered magnets that often look like candy.

4. If the toy requires batteries, make sure they are locked in the toy in a child proof way. Batteries are a choking hazard, but can also be swallowed as well as cause burns.

6. Supervise. Make sure children have appropriate supervision while playing with potentially hazardous toys or games that could cause eye injuries.

MONTSERRAT'S PUBLIC WEATHER FORECAST FOR TODAY AND TOMORROW WEDNESDAY DECEMBER 14TH, 2016 VALID UP TO 8AM

GENERAL SITUATION: A relatively strong trade wind flow will continue to generate rough seas, as well as transport pockets of low level moisture across the islands at times during the next 24 hours.

MONTSERRAT'S PUBLIC WEATHER FORECAST FOR TODAY AND TOMORROW SATURDAY DECEMBER 10TH, 2016 VALID UP TO 8AM GENERAL SITUATION: A high pressure system in the vicinity, at the surface to low levels of the atmosphere, will continue to restrict shower activity across the area. Possible rainfall total for the next 24 hours is 0 to 1 mm (0 to 0.04 in). WEATHER TODAY: Partly sunny with a 20 percent (or slight) chance of showers.
WEATHER TONIGHT: Partly cloudy with a 20 percent (or slight) chance of showers. WINDS: Easterly at 15 to 30 km/h or 8 to 16 knots.. SEAS: Moderate with heights reaching 1.5 metres or 5 feet. 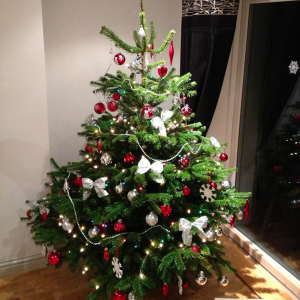 HERE’S SOME CHRISTMAS TREE SAFETY TIPS FOR THE HOLIDAY SEASON

Lights are among the best parts of holiday decorating; make sure there are no exposed or frayed wires, loose connections or broken sockets.

Turn off the Christmas tree’s lights when you leave your home and before you retire at night.

Choose decorations that are flame-retardant, non-combustible and non-conductive.

Never use lighted candles on your Christmas tree.

Place your Christmas tree in a location that can be easily monitored to avoid accidents with curious children and pets.

Artificial trees should be flame resistant and have a seal for an approved safety testing laboratory if the tree contains a built-in lighting set.

If the tree is metal, never use electric lights, as they can charge the tree and lead to electrocution.

Use low energy, safe lighting that’s been certified by a safety testing lab.

MONTSERRAT'S PUBLIC WEATHER FORECAST FOR TODAY AND TOMORROW THURSDAY DECEMBER 8TH, 2016 VALID UP TO AT 8PM

GENERAL SITUATION : A SURFACE HIGH PRESSURE AND THE PASSAGE OF A TROPICAL WAVE WILL INFLUENCE WEATHER CONDITIONS ACROSS THE REGION. 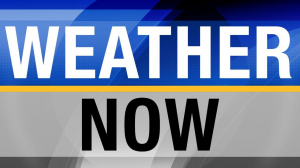 MONTSERRAT'S PUBLIC WEATHER FORECAST FOR TODAY AND TOMORROW THURSDAY DECEMBER 8TH, 2016 VALID UP TO AT 8AM

GENERAL SITUATION: A dry and stable mass of air associated with a high pressure ridge will continue to restrict shower activity across the area today and tonight.

SPECIAL WARNINGS: Small craft operators and sea bathers should continue to exercise caution especially on the northern and eastern coastlines of the island. WINDS: ENE at 10-16kts (19-30km/h)..

NEWS ITEM: ABOVE NORMAL RAINFALL EXPECTED IN 2017 IN THE REGION WHICH INCLUDES MONTSERRAT 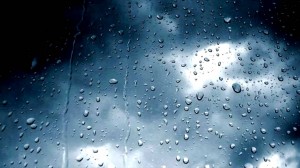 The third Dry Season Caribbean Regional Climate Outlook Forum (CariCOF) of the Caribbean Institute of Meteorology and Hydrology (CIMH) began in Georges's Grenada on Monday December 5th, 2016, with a warning to Caribbean countries to expect above normal rainfall next year.

That's according to the Caribbean Media Corporation (CMC).

The CMC stated that Meteorologist at the Grenada National Meteorological Services, Trisha Miller, told the meeting that though the region would experience conditions that are hotter than the average dry season, it would still be cooler than in the recent past.

Miller said that “recently, we all know it was very hot in the past few months, especially from August to October. The temperature was high in most places and this led to us feeling uncomfortable at times….the heat however would not be a concern for most places in the upcoming months.”

“Currently La Nina conditions are being experienced but we expect that this would gradually dissipate throughout the dry season. From December to February conditions should be wet enough to partly off-set the dryness and water shortages in some regions,” she added.

Cuba and the Cayman Islands are however forecasted to remain in drought conditions and will be closely monitored.

MONTSERRAT'S PUBLIC WEATHER FORECAST FOR TODAY AND TOMORROW TUESDAY DECEMBER 6TH, 2016 VALID UP TO AT 8AM GENERAL SITUATION: Dominant ridge of high pressure across the Northeastern Caribbean will maintain a stable atmosphere over the Leeward Islands. Just a light and brief passing shower or two could develop from the tradewinds pushing some shallow pockets of moisture across the area. WEATHER:
TODAY: Sunny to partly cloudy with the chance of a light and brief localized shower. TONIGHT: fair to partly cloudy with the chance of another light and brief localized shower. WINDS: ENE at 08-13kts/(15-24 km/h) over land and peaking to near 15kts/(28 km/h) over coastal waters.. SEAS: Slight waves/swells 0.9-1.2m or 3-4ft..