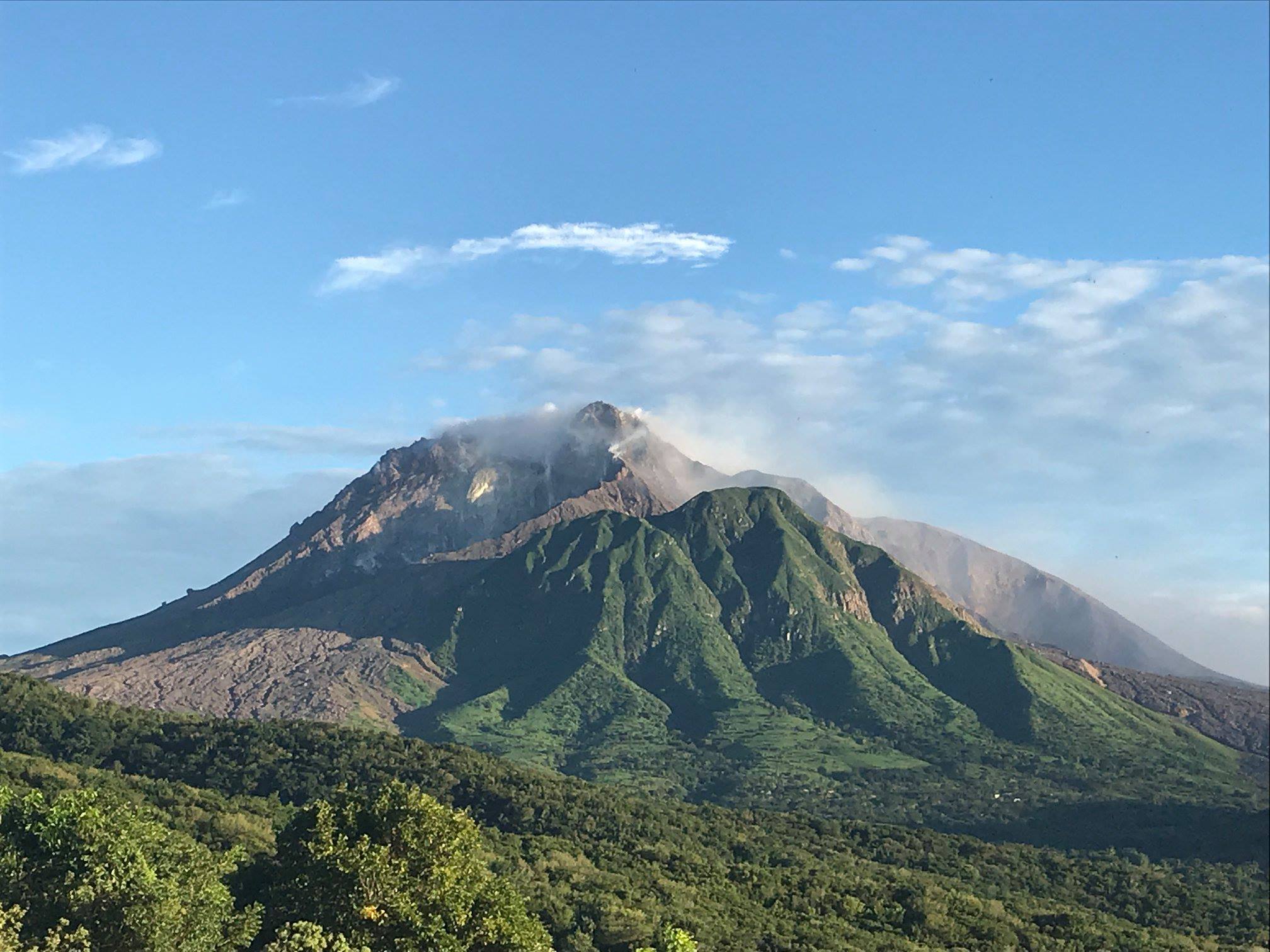 Soufrière Hills volcano has shown no significant changes in its behaviour during the past year. Measurements of sulphur dioxide emission have been carried out by helicopter and the new ground-based spectrometer network, and show a steady outgassing rate. Volcanic gases that escape through fumaroles have remained at a high temperature, as observed in the previous years. Seismicity has remained at a very low level except for occasional short episodes of volcano-tectonic earthquakes. Monitoring of ground deformation indicates a slow but continuous lengthening over the island, with a maximum uplift of about one centimetre over the last year. While this is consistent with the activity we have seen over the previous 7 years, we now begin to see a small reduction in the rate of deformation.

Taking these observations together, we conclude that the volcano remains in a state of unrest. We consider the most likely cause of this unrest to be a pressurised magma system. While a restart of lava extrusion remains a possibility in the future, there are no signs that this is imminent. We consider that the most likely scenario for the next year is a continuation of the current state.

The major part of the lava dome remains stable but continuing erosion has the potential to destabilize steep parts of the dome. The chance that pyroclastic flows will occur within the next year remains low. However, the volcano is still a potential source of hazards, some of which could occur at any time with little or no warning and could pose a threat to people working in or visiting certain areas of Zone V.